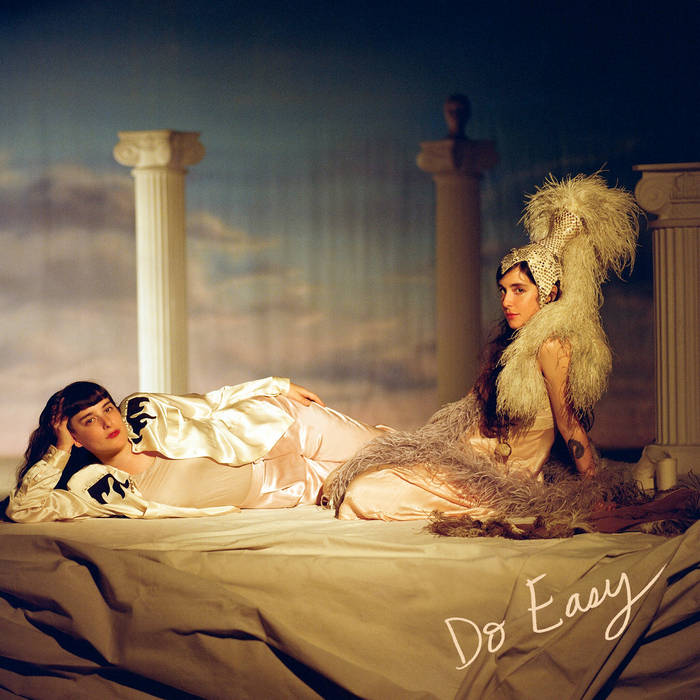 --- The Tasseomancy album I've listened to the most, which is saying a lot Favorite track: Wiolyn.

“Oracular chants drowse on the edge of visionary rapture, while the title track seems to have found its own cosmic portal, sounds of sea, saxophone and steel drums creating a kind of tropical Avolon, a beach party hosted by Bat For Lashes and Let’s Eat Grandma… Irresistible.” – 4/5 MOJO

“Exquisite…. On their sumptuous third album they situate their voices on a pillowy bed of experimental pop, freak folk and, best of all, the sax-enhanced exotica of the title track.” – 8/10 UNCUT

“Everything feels effortless on Tasseomancy’s third LP. This is a record of shades & shifting colours & a warm, graceful luxuriousness.” – DIY 4/5

“Equally in thrall to early Kate Busy and Twin Peaks composer Angelo Badalamenti, this is dream-pop keen to tune into the otherworldly.” ~ Q

“Do Easy is witchery on a more minute scale, a far more domestic weirdness.” ~ EXCLAIM! 8/10

“holds itself as a deadbeat anthem for a generation unsure if anything is possible, synths and steady drums inhaling and exhaling, that’s worth drawing into your arms based on the tamber of their vocals alone – creatively endearing and deleightfully unsettling” ~ Song of the Week / CONSEQUENCE OF SOUND

“hypnotic rhythms with jazz brass and Bon Iver-y vocals – creeps and slinks, with bursts of colour peppering the shadowy bones of the song – noises swoop in and out of earshot, never lingering long enough to clutter the atmosphere” ~ THE LINE OF BEST FIT

TASSEOMANCY, aka Canadian sisters Sari and Romi Lightman, will release their new album, Do Easy, on November 18 through a new label co-venture between Hand Drawn Dracula and Outside Music (Canada) and Bella Union (ROW).

Sari and Romy Lightman are former members of queer cold-wave band, AUSTRA. Channelling their former forays in psychedelic folk into a kind of lushly accessible, warmly experimental dream-pop along with bandmates Johnny Spence and Evan Cartwright, they explore manipulated sounds, all with mood in mind - the sound of a band hitting their richly imagined, luxuriously executed stride.