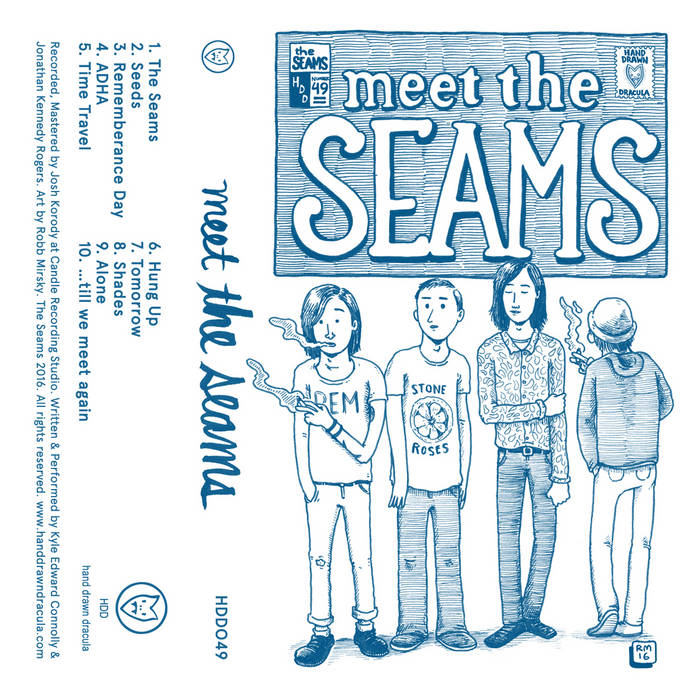 “Members of Toronto indie bands Fake Palms, Elsa, and U.S. Girls have converged to create The Seams, a jangle-psyche supergroup in the tradition of Real Estate and nascent Britpop – indulge in the jolly restlessness of their self-titled single The Seams” – THE FADER

“The Seams make the kind of ringing guitar pop you would hear a lot on college radio in the ’80s – More nerdy comparisons: Shack, The dB’s or, to bring it back to Canada, Grapes of Wrath” – BROOKLYN VEGAN

“The Seams play wistful, pretty indie rock, reminiscent of everything from mid-’60s rock ‘n’ roll to the foreboding energy of Slint – a cool, care-free breeze of guitars and silky vocals” – CLRVYNT

“Best New Indie 6 Songs You Need To Hear This Week – Clap Your Hands Say Yeah, Flaming Lips, Madlib, MF Doom, Passion Pit, The Seams, Why? : The Seams have no shortage of talent composing their 60s-esque pop that manages to be both fun and lethargic” – INDIE 88 88.1FM